Norway – mmhh how was that again – note to me, write the travel reports immediately after the trip and not 2 years later ;D

We arrived in Tromso, it was early July 2018, shortly after the summer solstice. The three of us were on the road again, Martin accompanied us on this 3-week road trip on which very little was actually planned in advance. We had checked our SUV and the quarters for the first two nights had been checked, so that we could rearrange everything and acclimatise ourselves once we got there. Everything else we just looked for luck and found. So on the first day we only drove a few kilometers out of Tromsö and on to Ersfjordbotn. A sleepy little village right on a fjord or between two fjords. We spent the first three days there, as the boys discovered the first climbing rocks straight away, they were very busy. On the first evening we cooked something nice in the apartment and then went for a little walk, around 11:00 p.m. In bright sunshine – a bit unusual and takes getting used to. 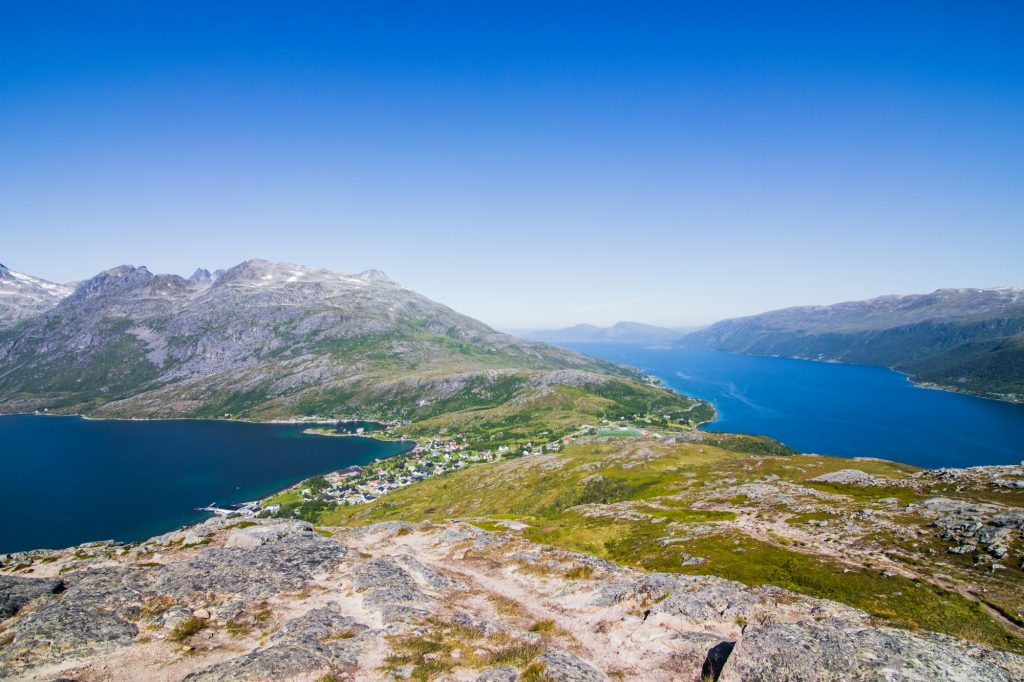 It was clear to us that it would not get dark, but when you are in the middle of it it is a bit strange. So we stayed up until 2:00 a.m. the next day. Fortunately, most of the apartments had very good darkening, so we could get some sleep. After three days in Ersfjordbotn we drove on towards Lofoten and wanted to test our Campign equipment right away. Since wild camping is allowed in Norway, so you can just pitch your tent anywhere on the road bike, that’s how we did it. – Stupid idea!

We caught a bog, and what are the millions in the bog? Mosquitoes. Making dinner on the camping stove and eating between hundreds of mosquitoes wasn’t that great. But we wanted the wild, rough nature. At least we managed to prevent mosquitoes from entering the tents, but even if the sun doesn’t go down, it gets very cold from 11 p.m. It was just too cold for me, so I moved my quarters to the car. So the first night in the tent wasn’t that famous. 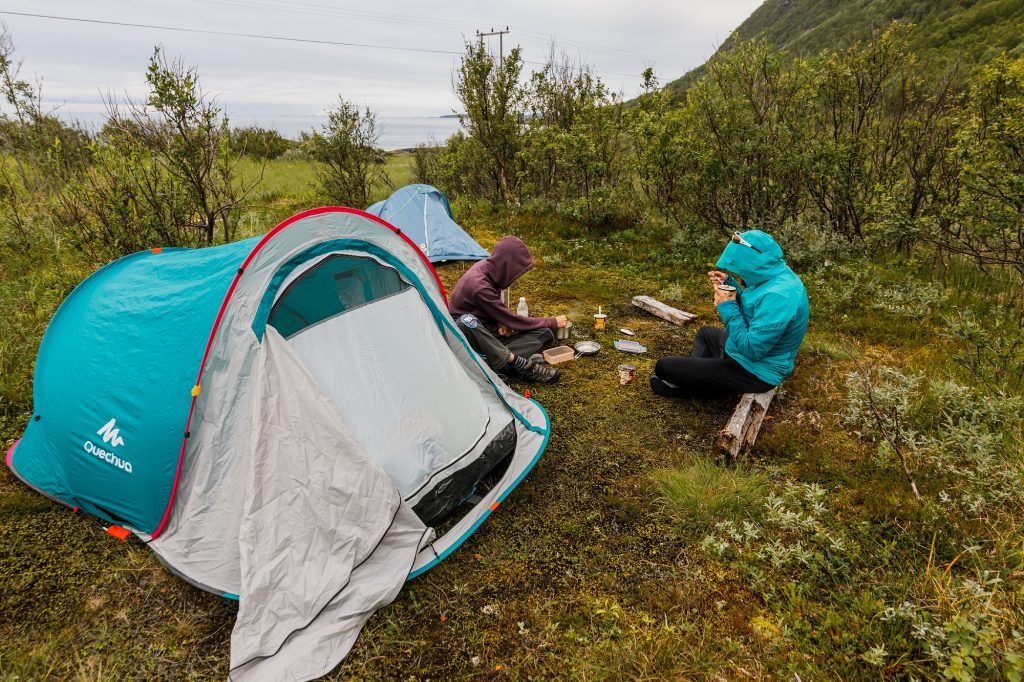 Over the next few days we went to see Henningsvaer and Svolvear and the guys did a lot of climbing in between. For example in Eggum and right next to Henningsvaer. We also did a pretty great kayak tour there, at midnight of course. We learned a lot about the flora and fauna of the area and were able to take great pictures from the kayak. 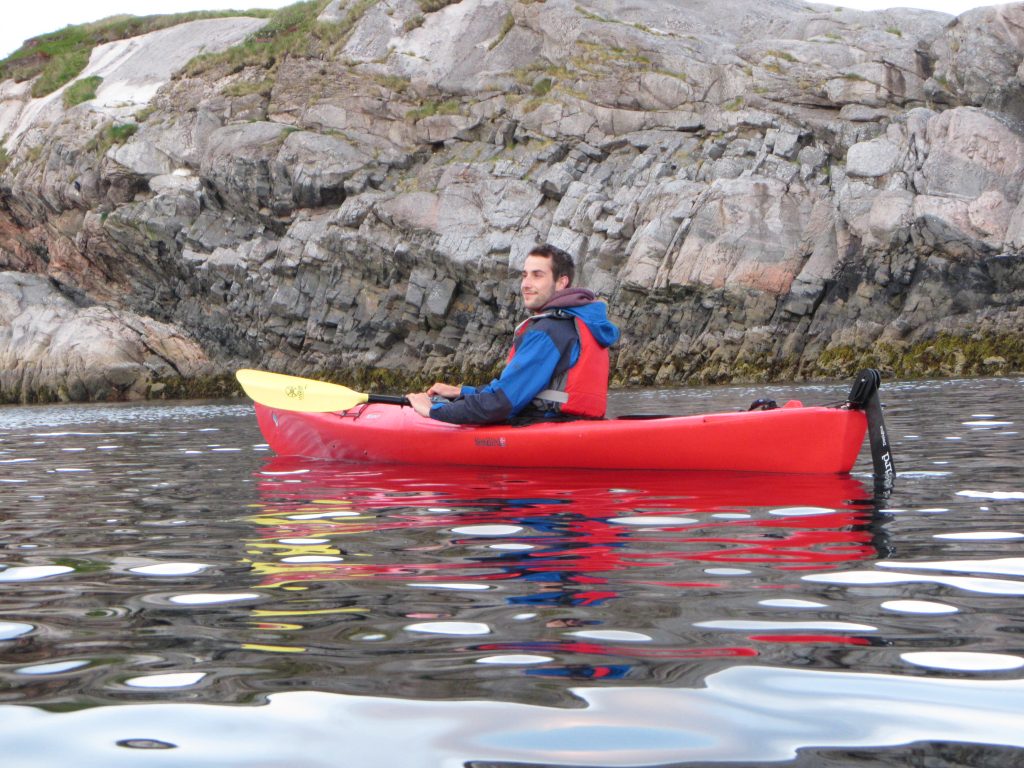 As you can see in the picture we have a throw tent, very practical. I highly recommend it. The next two days were unfortunately very rainy, so we took the ferry from Brensholmen to Botnhamn. On the ferry we ordered fresh hot waffles, they were the best waffles we have ever had. With lots of strawberry jam. We rented an AirBnb house in Botnhamn. Just great. An old family house that was turned into an AirBnb by the children after the grandparents died. Right on the beach and with a great view. Unfortunately bad weather, the boys went hiking in the rain anyway. I preferred to stay in the house and crochet a little. During the night it cleared up again and the midnight sun came out. After two nights in the great house we are on to Gryllefjord and from there with the ferry to Andenes. 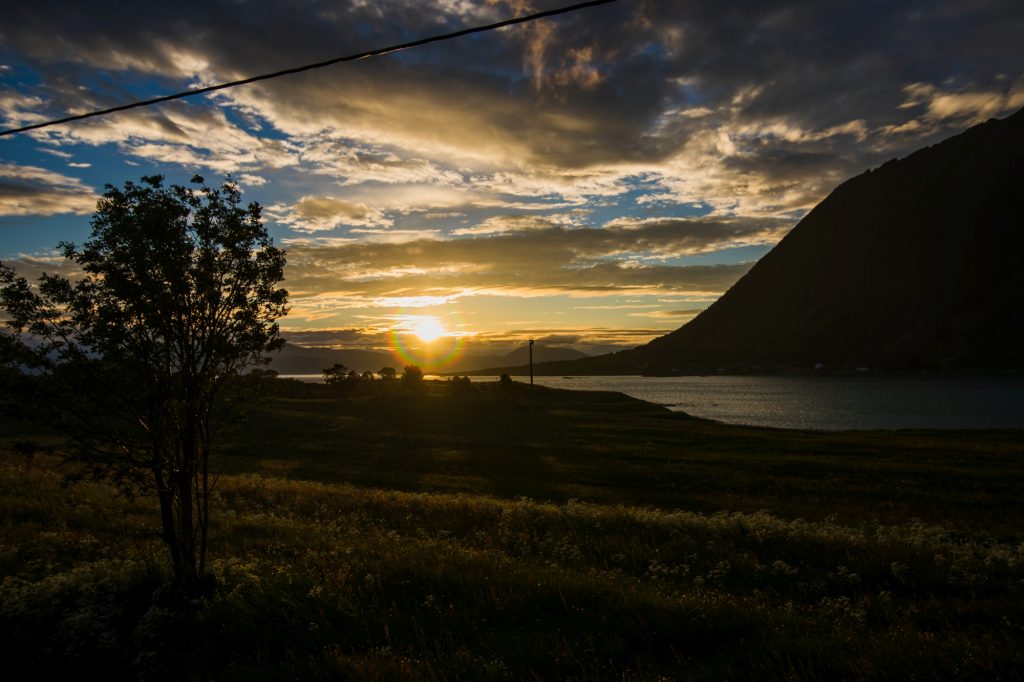 Our journey brought us further and further to the end of Lofoten, with enough climbing stops and photo stops we spent nights in the tent and then again in AirBnb’s. We went up to the Reinebringer and took great photos in Hamnoey.

Visited Hauklandstranda and actually had great weather the entire time. On the contrary, we weren’t prepared to have 25 degrees during the day. But the nights (if you can call it nights) with 8 degrees in the tent were very cold.

In the gallery below you can find some pictures of these great landscapes and cities.

After we spent a night in A and had reached the end of Lofoten, we had no other way but to go back. Since we drove west over the northern islands, we drove back towards the mainland via the southern islands. Of course, with enough climbing stops.

After we spent one night in A and had reached the end of Lofoten, we had no other way but to go back. As we drove west over the northern islands, we drove back towards the mainland via the southern islands. Of course, with enough climbing stops. Our way back took us via Svolvear to Narvik, where the boys once again found great climbing rocks. That was the point at which I then put in VETO and said, but now we’re going to do something without climbing. Since Narvik is unfortunately not such an exciting city in which a woman can occupy herself for days alone, we then went further north and visited the polar park (https://polarpark.no/). A small, fine animal park, with very large and species-appropriate bodies. We saw some great animals. The next day we visited a salmon farm and tasted the fresh salmon right away.

The highlight was the visit to a Sami farm and its reindeer, which we were even allowed to feed. We learned a lot about the indigenous people of the region and had a wonderful afternoon. We can also highly recommend the farm to families.

We then spent the last 4 days around Tromsö, on beautiful beaches in our tent with great impressions of sunsets and a last boat trip from Tromsö to the north. With a wonderful view of the midnight sun and at the same time 180 ° in the other direction the blood full moon that blinked over the mountains. Unfortunately, we never managed to see whales on any of our tours. Maybe another time. 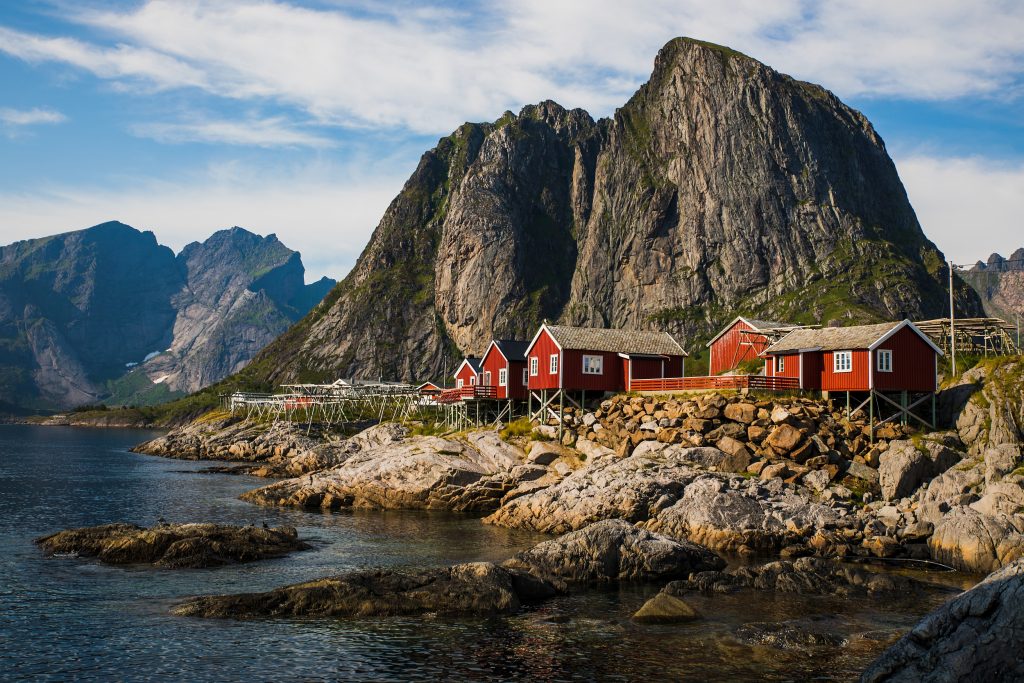 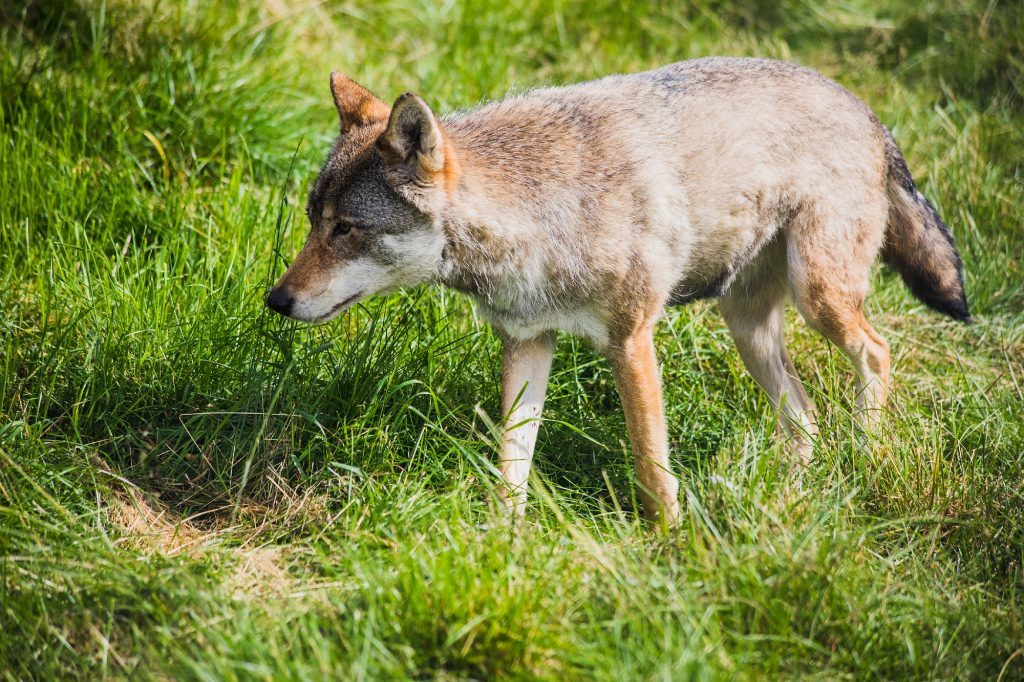 Unfortunately, our resume cannot deny that Norway is a very expensive area, we could only go to restaurants three times and only slept in tents or AirBnB’s because hotels are simply way too expensive.

But I still have two restaurant tips for you:
Henningsvaer: The Loftomat – https://www.facebook.com/Lofotmat/
The Brygga Restaurant https://www.arorbuer.no/ I ate a great reindeer steak there.

Take a look at our videos, we even made two of Norway. One about the road trip itself and one with great landscape shots.

We use cookies on our website to give you the most relevant experience by remembering your preferences and repeat visits. By clicking “Accept”, you consent to the use of ALL the cookies.
Cookie settingsACCEPT
Manage consent

This website uses cookies to improve your experience while you navigate through the website. Out of these, the cookies that are categorized as necessary are stored on your browser as they are essential for the working of basic functionalities of the website. We also use third-party cookies that help us analyze and understand how you use this website. These cookies will be stored in your browser only with your consent. You also have the option to opt-out of these cookies. But opting out of some of these cookies may affect your browsing experience.
Necessary Always Enabled

Performance cookies are used to understand and analyze the key performance indexes of the website which helps in delivering a better user experience for the visitors.

Analytical cookies are used to understand how visitors interact with the website. These cookies help provide information on metrics the number of visitors, bounce rate, traffic source, etc.

Advertisement cookies are used to provide visitors with relevant ads and marketing campaigns. These cookies track visitors across websites and collect information to provide customized ads.

Other uncategorized cookies are those that are being analyzed and have not been classified into a category as yet.