where the wind leads us

How should a trip to New York start? Unfortunately for us Europeans, with a long flight over the wide ocean.
We start at 8:30 a.m. at Airport Vienna and had a 10 hours flight to Newark. We arrived at 2:30 a.m., yes that meant we had additional 6 hours for this day.
10 hours on a plane can be very different in a personal point of view. For me it was ok, I watched four Films and got some breakfast and a small lunch and everything was fine.
For Michael it were 10 aweful hours with legs too long on a seat too small. But we arrived finally. We took a taxi, as it was suggested for the Newark Airport, and drove to our hotel.
We stayed at “The Jane” hotel in Greenwich Village/West Village. It’s originally built in 1908 as a hotel for sailors with cabin-like rooms.
But as we knew that this trip was a very rare possibility to visit New York we decided for a captains room ;D You can see the old charme and flair in the whole house, also its often used as film location, for example both “John Wick” movies were filmed in the great ballroom of the Jane Hotel.
For me it was the prefect location for my wedding shooting, but I will come back to this later. After our check in we decided to treat us for our first Burger at Creamline in Chelsea Market. A good start, but improvable.
Subsequent the metro brought us to Times Square and we started to inhale the vibes of New York City. Hundreds of people were there and enjoyed a nice and warm evening, especially for march. 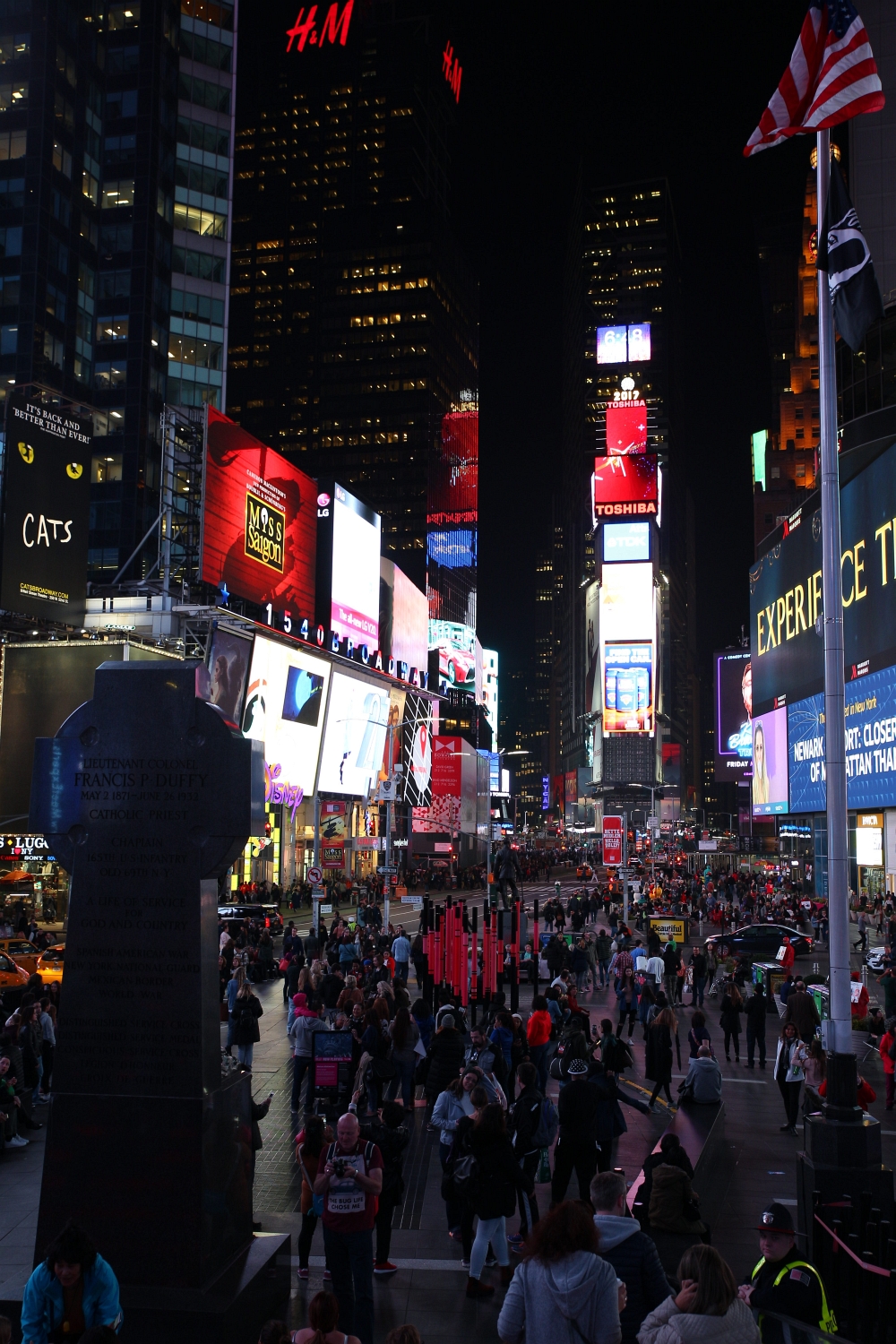 After this long day we got back to our hotel at 11 p.m. and slept very soon but not for long. Unfortunately there is a bar in the ballroom and they played music very loud and long into the night. At the next morning we mentioned this to the reception and they gave us another room on the other side of the hotel and on a higher floor so the music was not a problem anymore. “Well done” for the hotel service.

On Thursday morning, after visiting the reception, we went to Bubby’s, where the wise internet told us that we would get the best pancakes in town. We were impressed, the pancakes are not cheap but really good and worth it. Our next stop was central park. As the weather forecast was good and the sun shining, we decided to grab our boulder shoes and climb some rocks. Because safety goes first, Michael gave me his wedding band to keep it save while he was climbing. So I put it on my finger, where my ring was too. As I decided to climb too, I took both rings from my hand and put them into my jeans pocket. After a while I took my cellphone from the same pocket and to take some pics and look after the time, then put it back in my pocket. After we were finished and ready to go, Michael asked me for his ring, I grasped into my pocket and there were NO rings.

We run back to the rock where we climbed and began to rummage in the autumn foliage, searching for our rings. A few people asked confused what we were looking for, and started to help looking for them. Fortunately, Michael found both between some leaves and we could go ahead, but you can imagine how often I will hear this in future.   MICHAELA LOST OUR WEDDING BANDS!!! 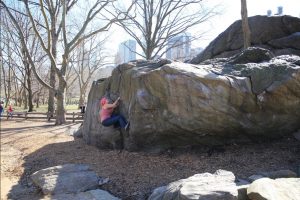 We spent a very nice day in the central park and only managed half of it. It’s soooo big and wonderful. Its a real green oase in the big city. You can find some more pics in the gallery below.

As we took a 5 day metro ticket, we always took the metro in the morning and went in one direction, than walked back to our hotel during the day. So we went to Brooklyn Bridge by sub, and went back to Jane Street by feet. In summary we walk around 100 kilometers (62 miles) and got a very good insight into the city and their different sides. We put there a second gallery for a few of the wonderful city scapes we found on our trip, below.

On Saturday we had our BIG PHOTOSHOOT in NEW YORK!!! The idea behind the inspiration shoot was to give a little insight in the way you can manage your wedding in Big Apple. We started at the ballroom and the roof top bar in “The Jane Hotel”, which is a very authentic location. I’m so happy to have choosen this, and it gave the pictures a very great feeling. 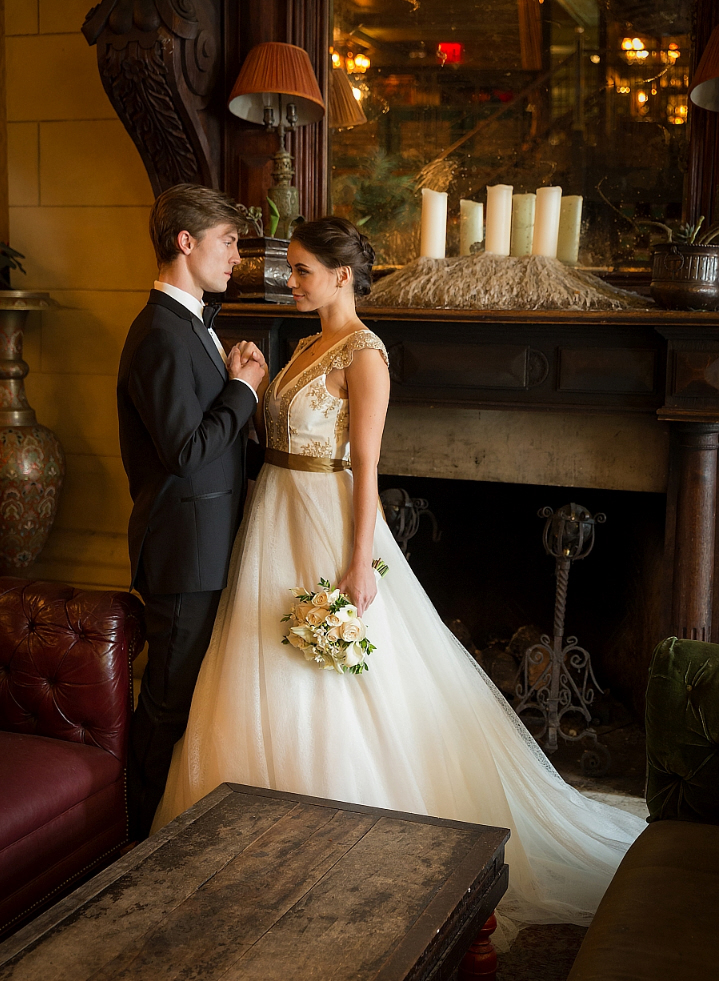 Altough it was very cold on Saturday, only 2 °C, we also took some pics at the Brookly bridge and at the carousel beneath it. We had such a great light situation, I love the results. 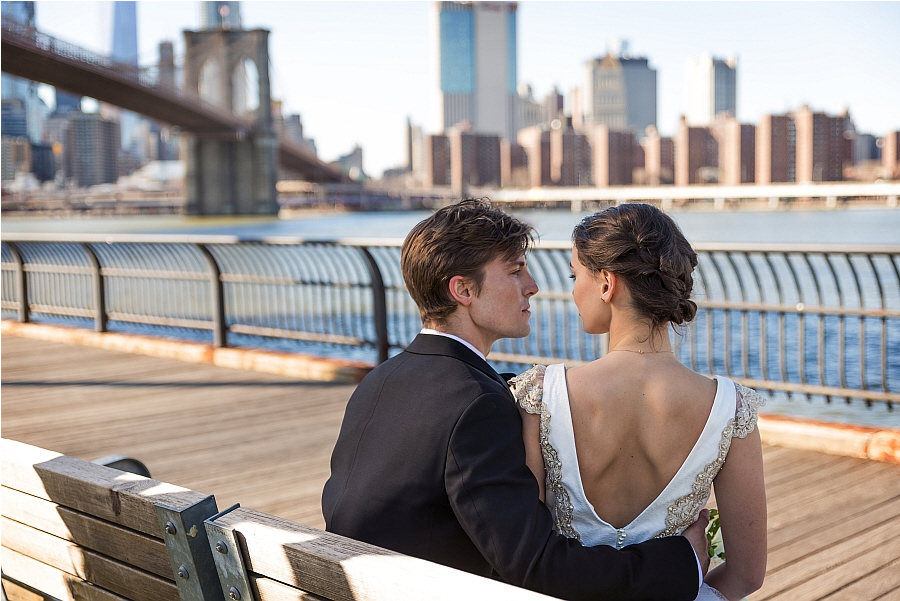 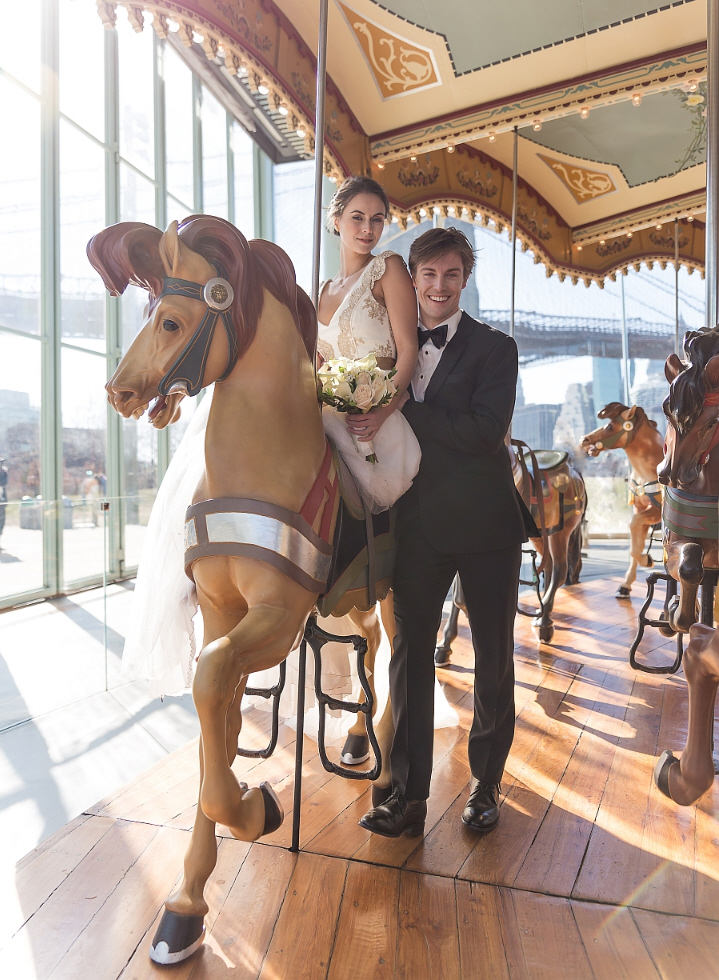 At the New York subway system, there are little figures made of bronce or something like that, they look so cute, we need to show them to you. 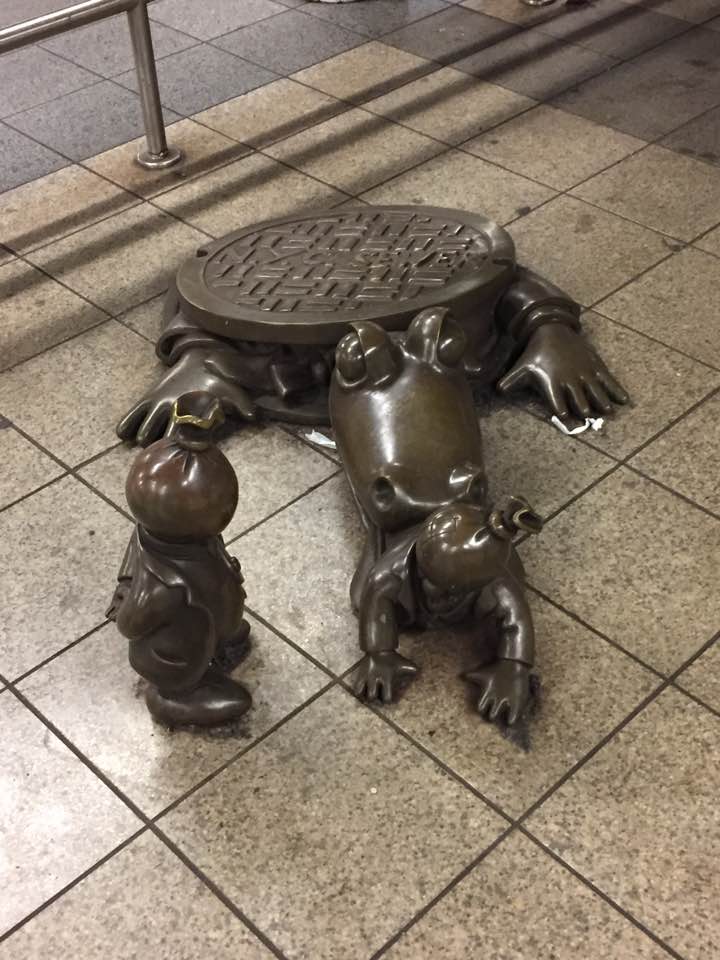 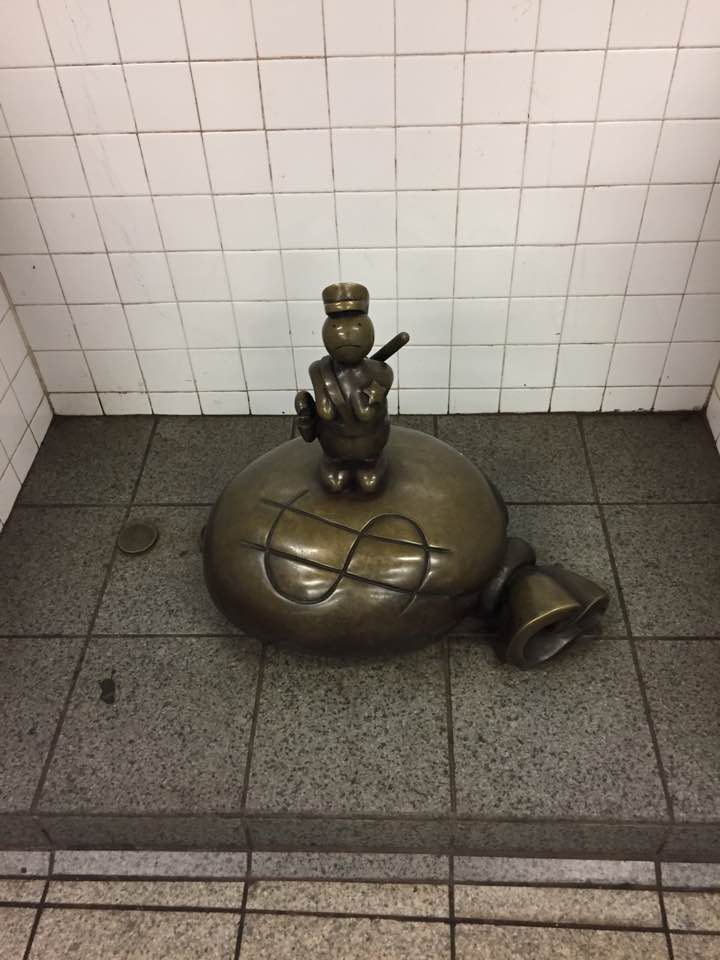 We exploit our last days in New York and saw soooo many things. We were at the Rockefeller Center and took some pics from the roof, we made some night skyline pics from Brookly bridge and Manhatten bridge, we take the Staten Island ferry and got a short look of the statue of liberty, visited the metropolitan museum of art, and we ate a lot fo Burgers. We then walked through the financial district and over the complete high line, visited ground zero and the Delmonicos, went through China town, SOHO and little Italy, and visit the public library and the grand central terminal. There are also some pics below in a gallery and some here: 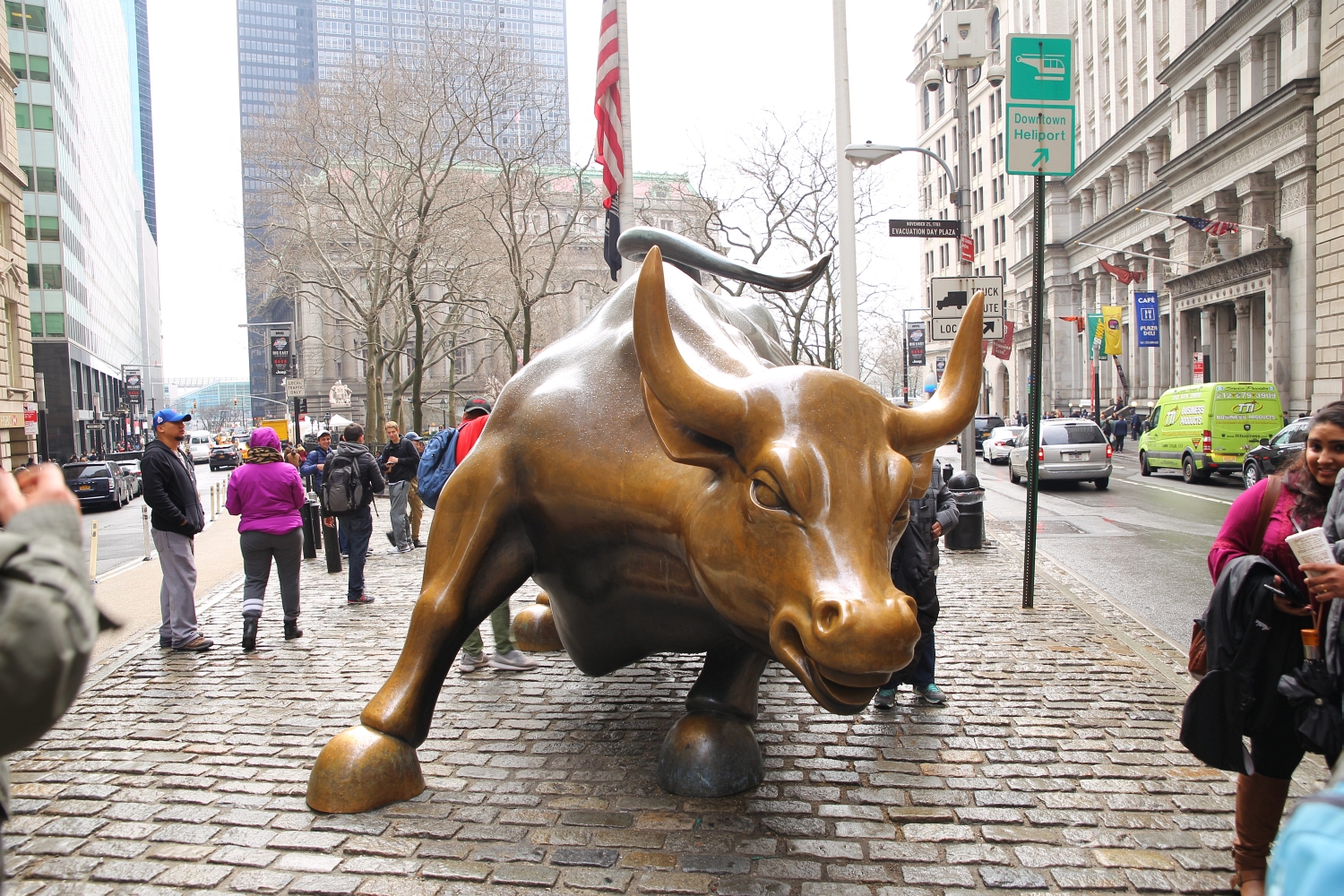 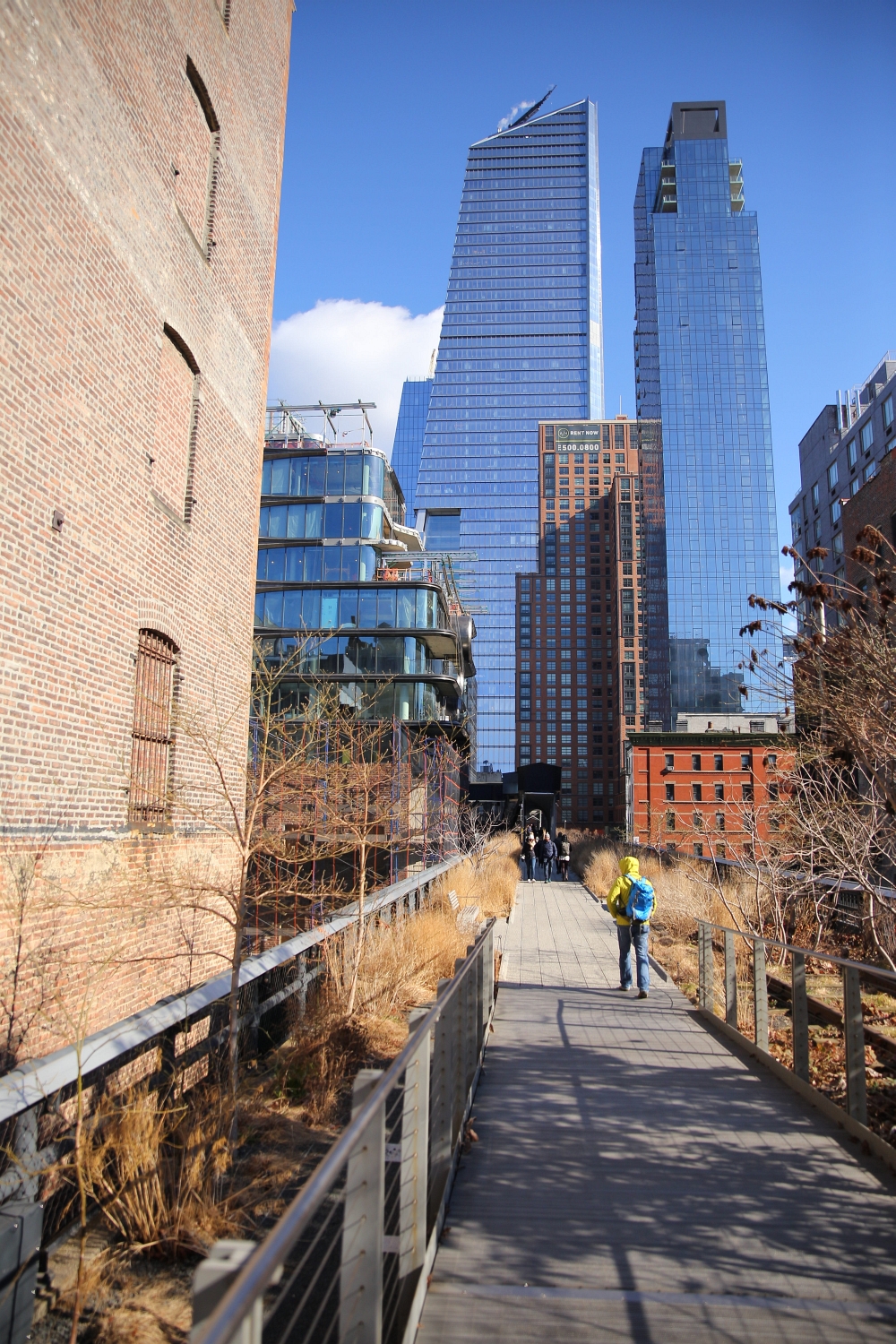 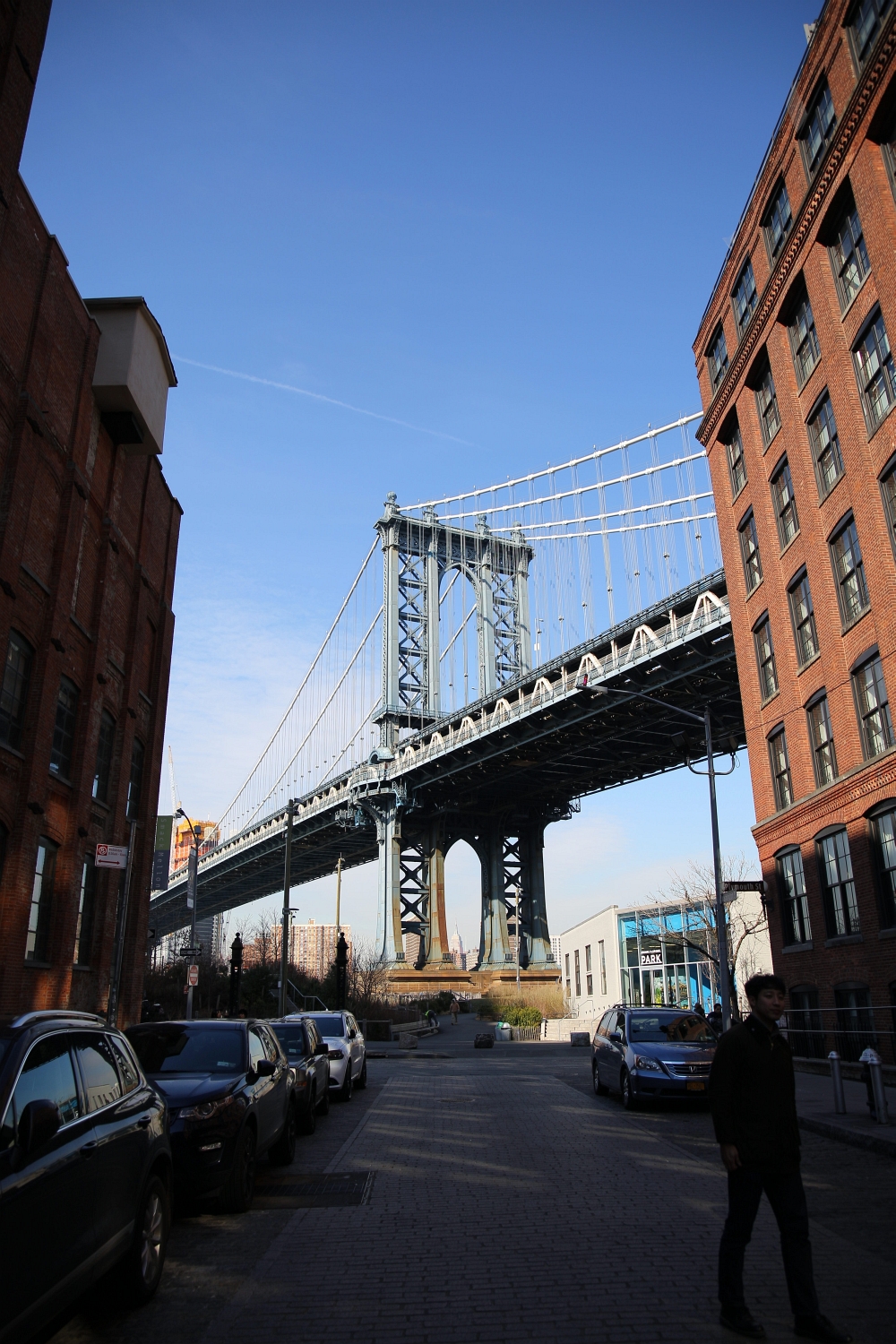 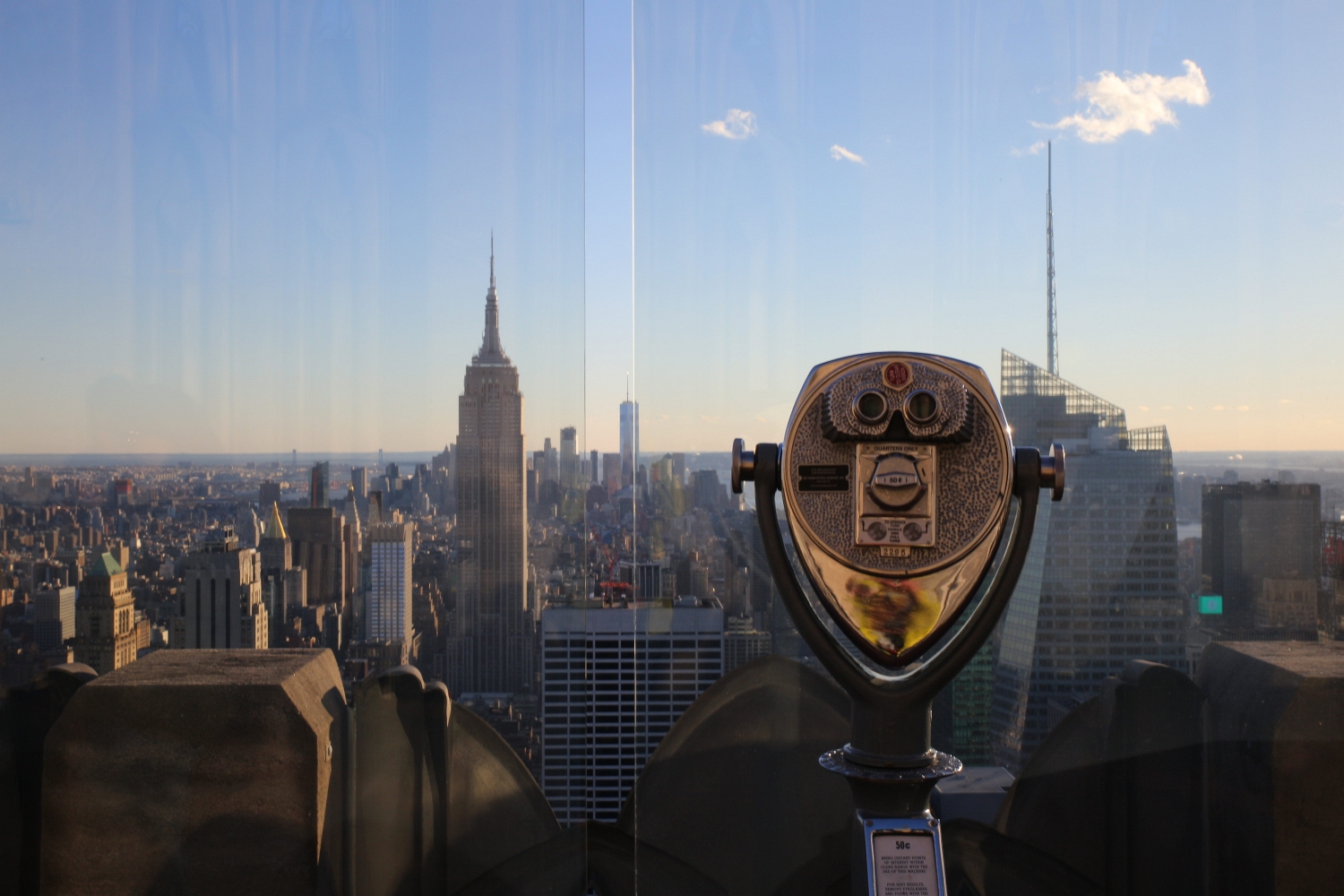 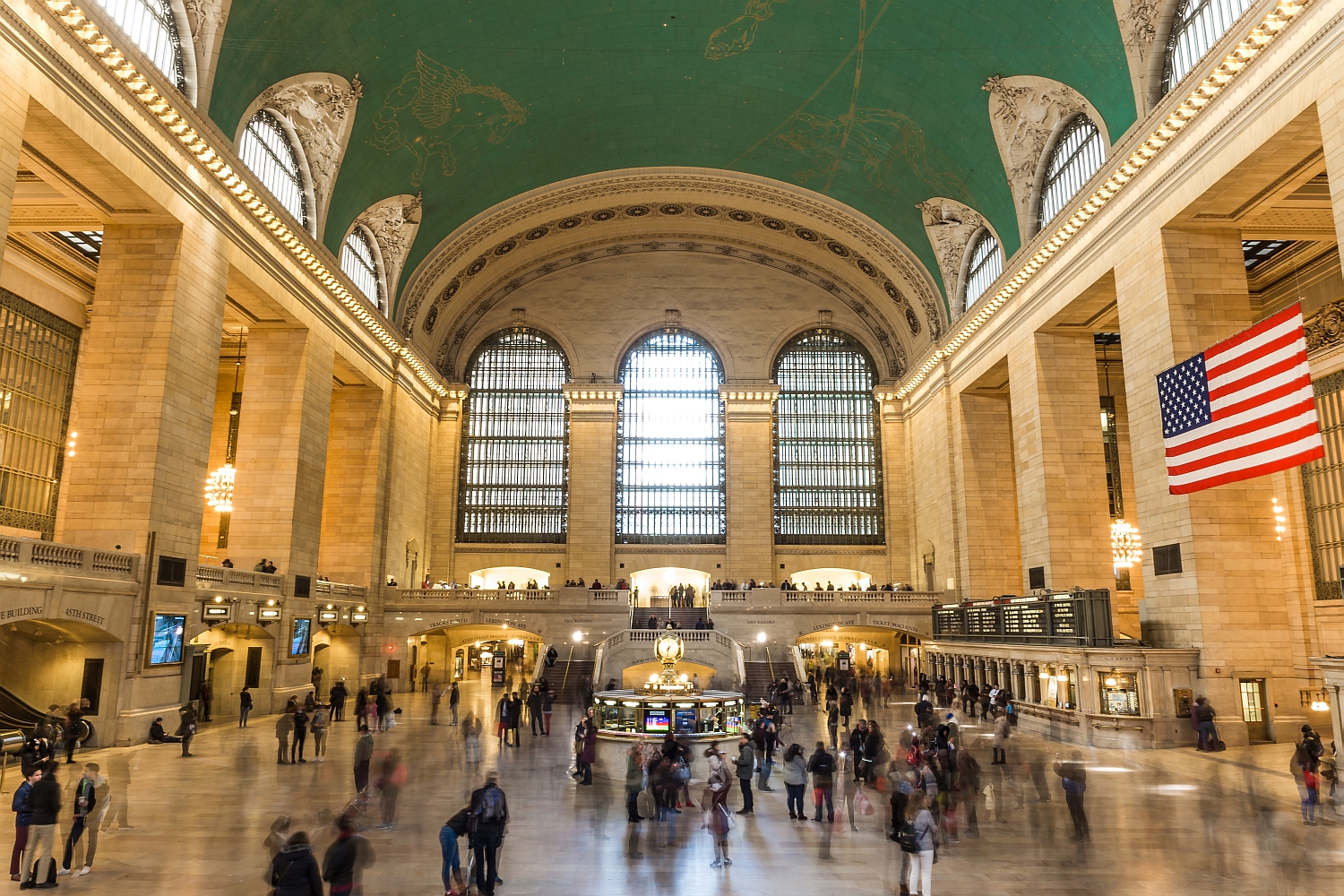 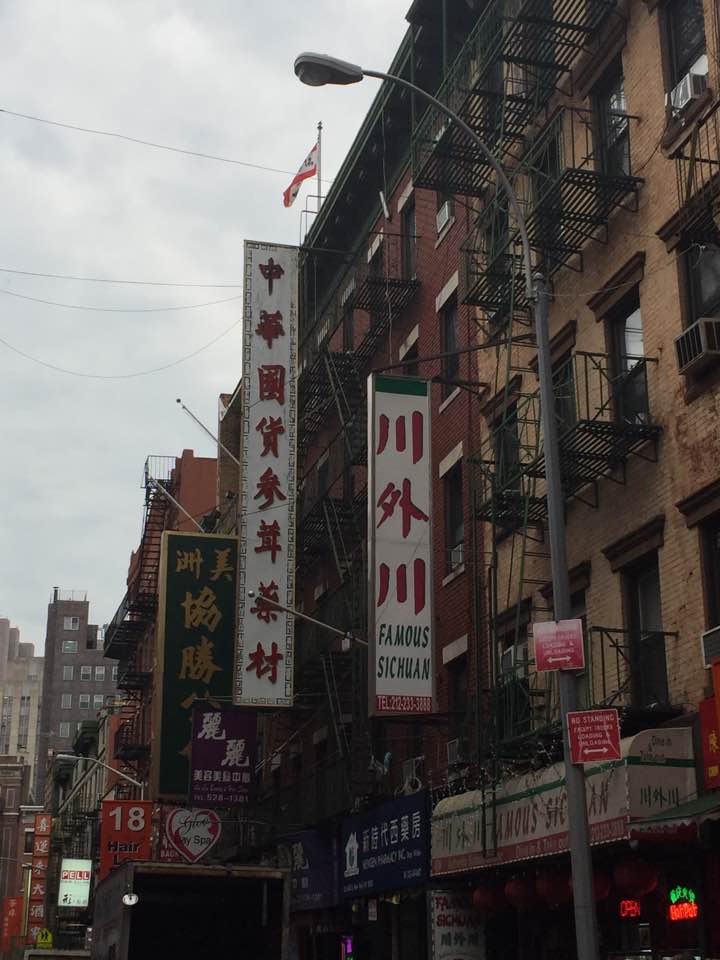 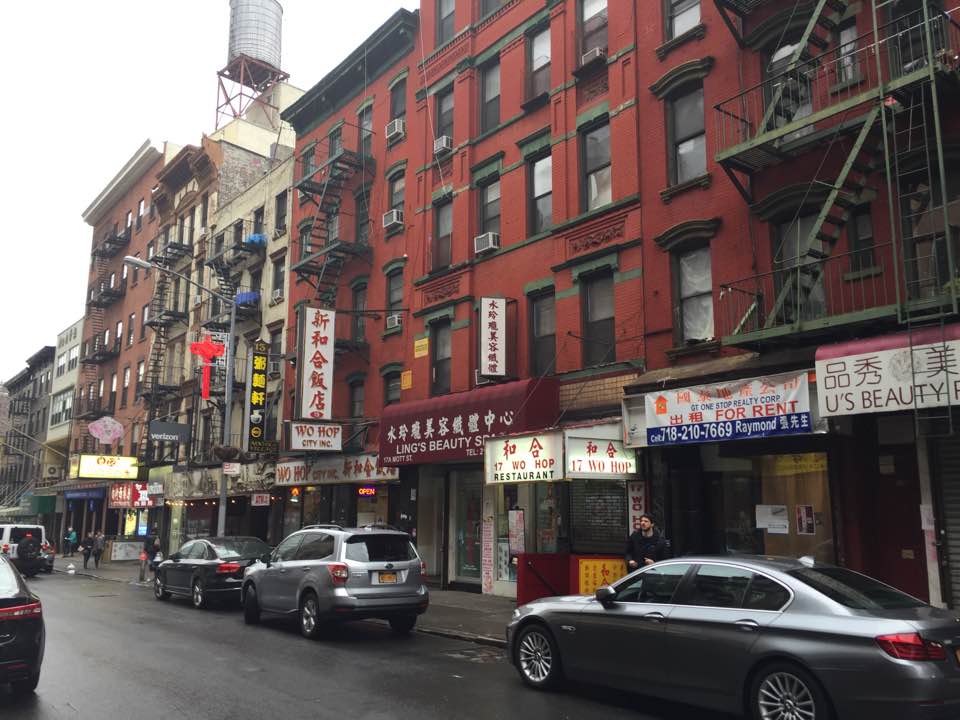 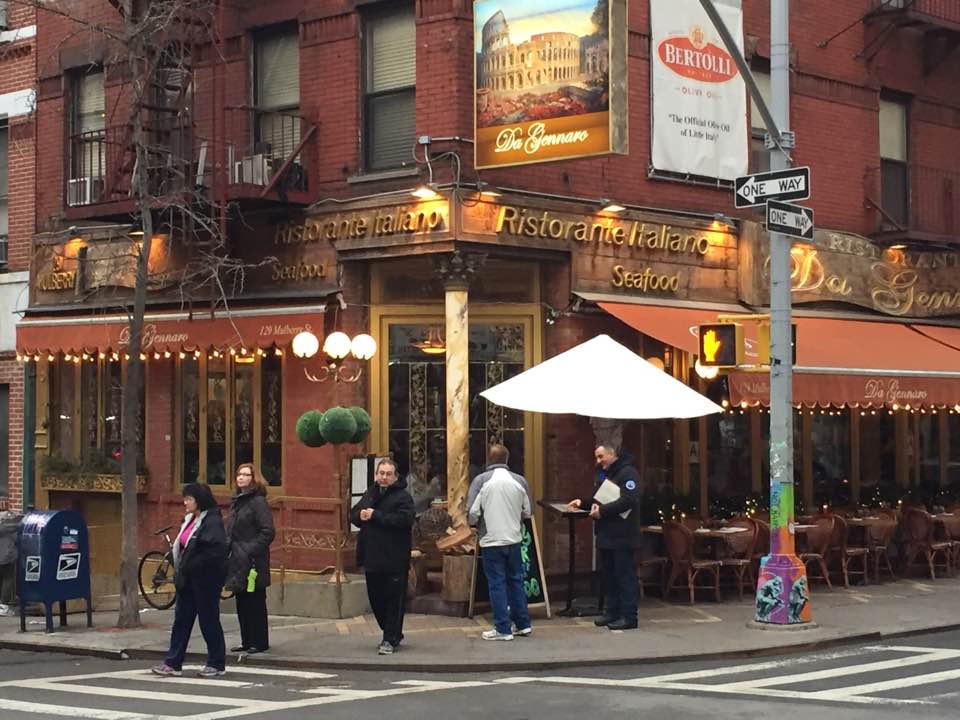 After 5 days in the BIG APPLE, we had to leave with a smile and a crying eye, it is an awesome metropole that welcomes each visitor very warm, but also it is a very loud city that never sleeps. Our resume is; you should visit New York once in your live, and build your own opinion about this town with ribbon development and a great but not very old history.

P.S.: After trying a lot of pancakes during our trip, BUBBY’s are truly the best in town. 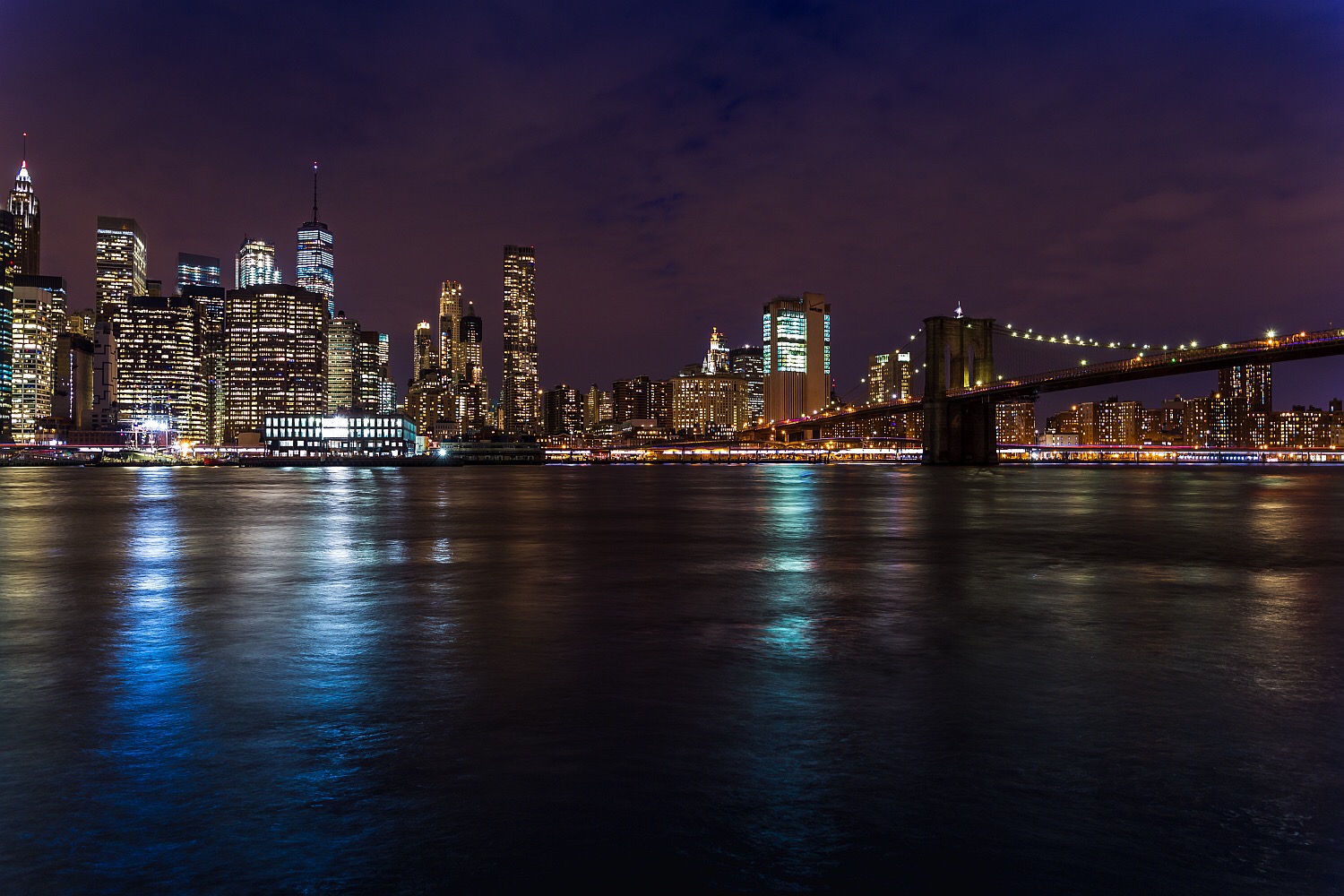